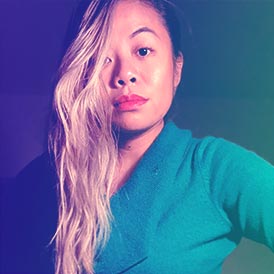 A talk by Tatiana Mac

Design systems have become the de facto approach for teams of all sizes to design anything and everything. As prototyping and development tools evolve to accommodate these systems, the barrier to entry is becoming lower and adaptation is becoming simpler.

The love for design systems makes sense: they provide a scalable, flexible infrastructure that allows a team to create consistent work far into the future. Dissecting its social impact through its technical traits, we'll look at how to build a design system conscientiously, resisting systematic problems in order to create more accessible and inclusive systems.

Tatiana Mac is an independent American designer who has been designing and developing since she was 10.

Currently she works directly with organisations to build products and design systems with accessibility and inclusion in mind. She believes that design heavily influences our social landscape. When ethically-minded, she thinks designers can dismantle exclusionary systems in favor of community-focused, inclusive ones.

With a background in print design and journalism, she is exploring the future of CSSGrid and its potential to bring semantic, accessible visual narratives into the web.

Her clients have included Google, Cisco, Verizon, Taco Bell, and Nike. But she might be most proud of her early '90s boyband fan sites.

She edits for A List Apart, moonlights as a wardrobe stylist, and boxes. She's seen 33 countries and is always scheming to see more.