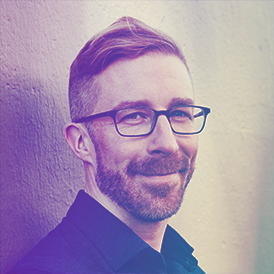 The Technology of Better Humans

A lightning talk by Chris Messina

After 15 years designing technology products in Silicon Valley, I noticed that something essential has been missing. In our race to make the world more logical and programmable — including our social connections — we've reduced the rich tapestry of human experience beyond recognition.

We're now forced to cope a crisis of unintended consequences thanks to the swift rise of attention-depleting social media that prays on legacy human psychological vulnerabilities. We must adapt the way that we build and conceive of social technologies, or we'll be much worse off once the Alexas and Siris of the future ecliopse today's primitive social products.

We therefore must set ourselves upon creating the technology of better humans — that is, of investing in and creating better versions of ourselves. Since it will be us — or our children — who will build the next generation AI companions, the only way to bring about the future that we deserve and desire is to start now by changing the culture of founders and makers, in order to having lasting, downstream effects — at scale.

The good news is, there are some who have already started down this path, and joining in may be easier than you think.

Product designer, technologist, and inventor of the #hashtag

Chris Messina has spent over 15 years  living on the edge of social technology. He has designed products and experiences for Google and Uber, founded startups, and changed the world by giving away many of his creations, including the hashtag. His skillset is broad, anchored in product and user experience design. He lead developer experience at Uber and co-founded Molly (YC W’18), a conversational social AI.

Chris has created movements online and off, and acted as catalyst for change in large and small organizations. In 2004, he helped organize the grassroots movement that propelled Mozilla Firefox to its first 100 million downloads. In 2005, he co-organized the first BarCamp and then popularized the unconference event model to over 350 cities around the world. In 2006, he opened the first coworking spaces in the world, giving rise to a global movement. Then in 2007, he championed the idea of the hashtag, eventually changing social media forever and galvanizing popular social revolutions.

He has spoken at conferences like TEDx, SXSW, Google I/O, and Microsoft’s Future Decoded, and is frequently quoted in media outlets like The New York Times, Business Week, LA Times, Washington Post, and Wired.